Design Problem
Redesign the user interface of the Ghost Containment Unity for the new Ghostbusters movie
Role
User Research and testing, Interaction Design, Prototyping (Unity 3D, C#)
User Research
The user interface was more like a control room with physical controls and ambiguous light switches to represent the state of the interface. Another constraint that was discovered is that the user might be wearing gloves while interacting with the new interface, so a touchscreen will not be usable in this scenario.

More like Control Room :)
Other insights by watching the movie multiple times:
· We can use hand gestures to allow the user to interact with the interface while wearing dirty gloves.
· The information displayed on the screen should be in front of the user majority of the time. The user should not have to turn around or move their necks a lot to look at the interface as it can lead to fatigue.
· Spatial UI will provide a larger workspace for the user and can potentially lead higher productivity. 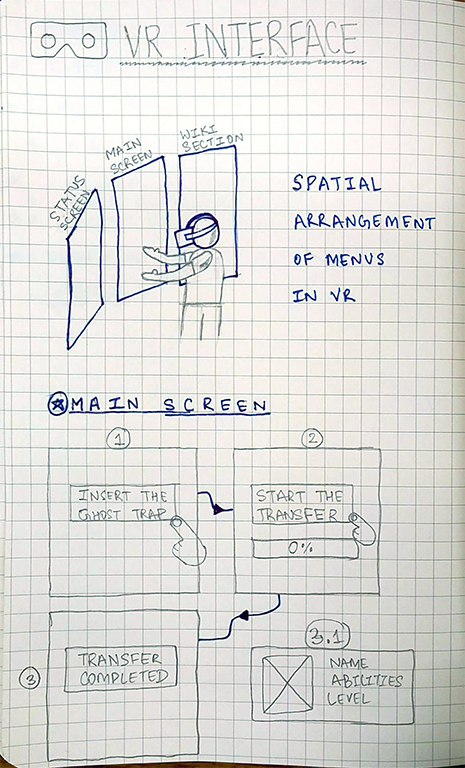 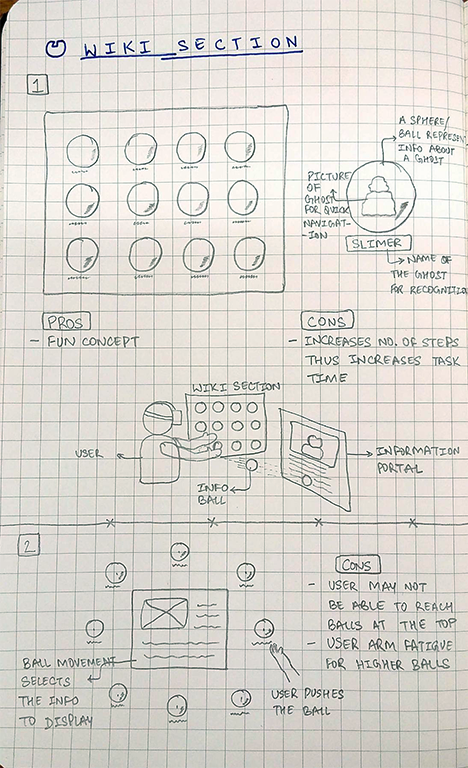 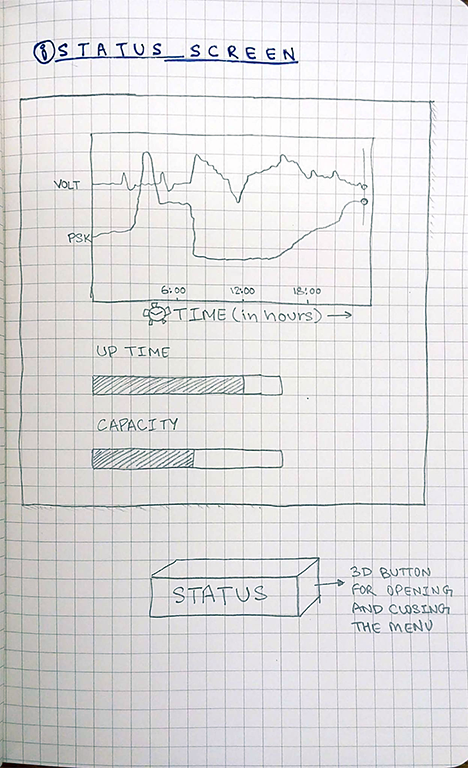 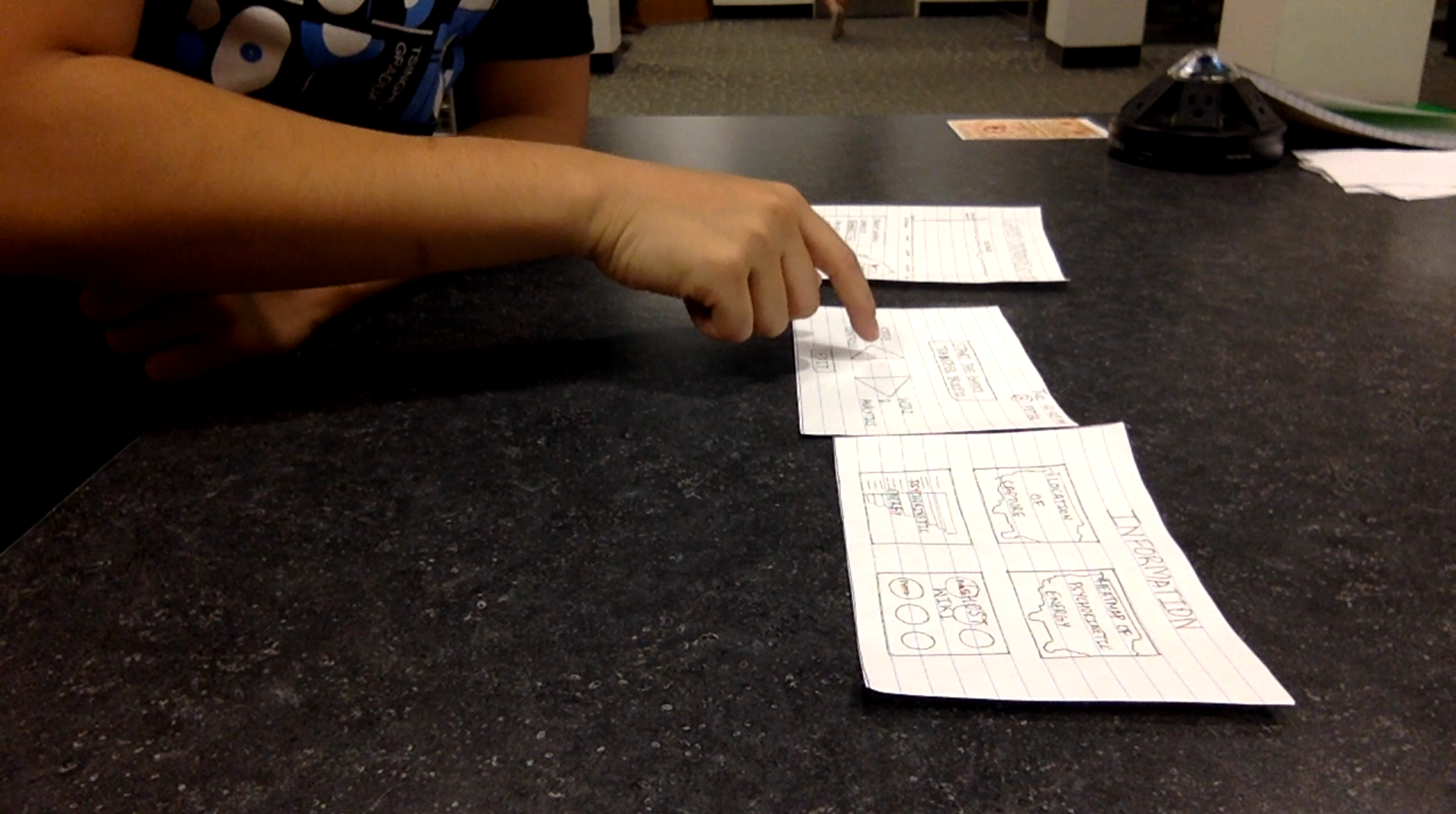 Hardware
I used a Oculus DK1 headset with a Leap Motion device strapped in front of it.

The reactive behavior of the pendulum balls invites user interaction

Some of the users had trouble accessing the UI elements that were lower in position. On further investigation, I found that the Leap Motion was losing tracking of the user's hands. I solved this problem by increasing the height of the UI elements and bringing them closer. 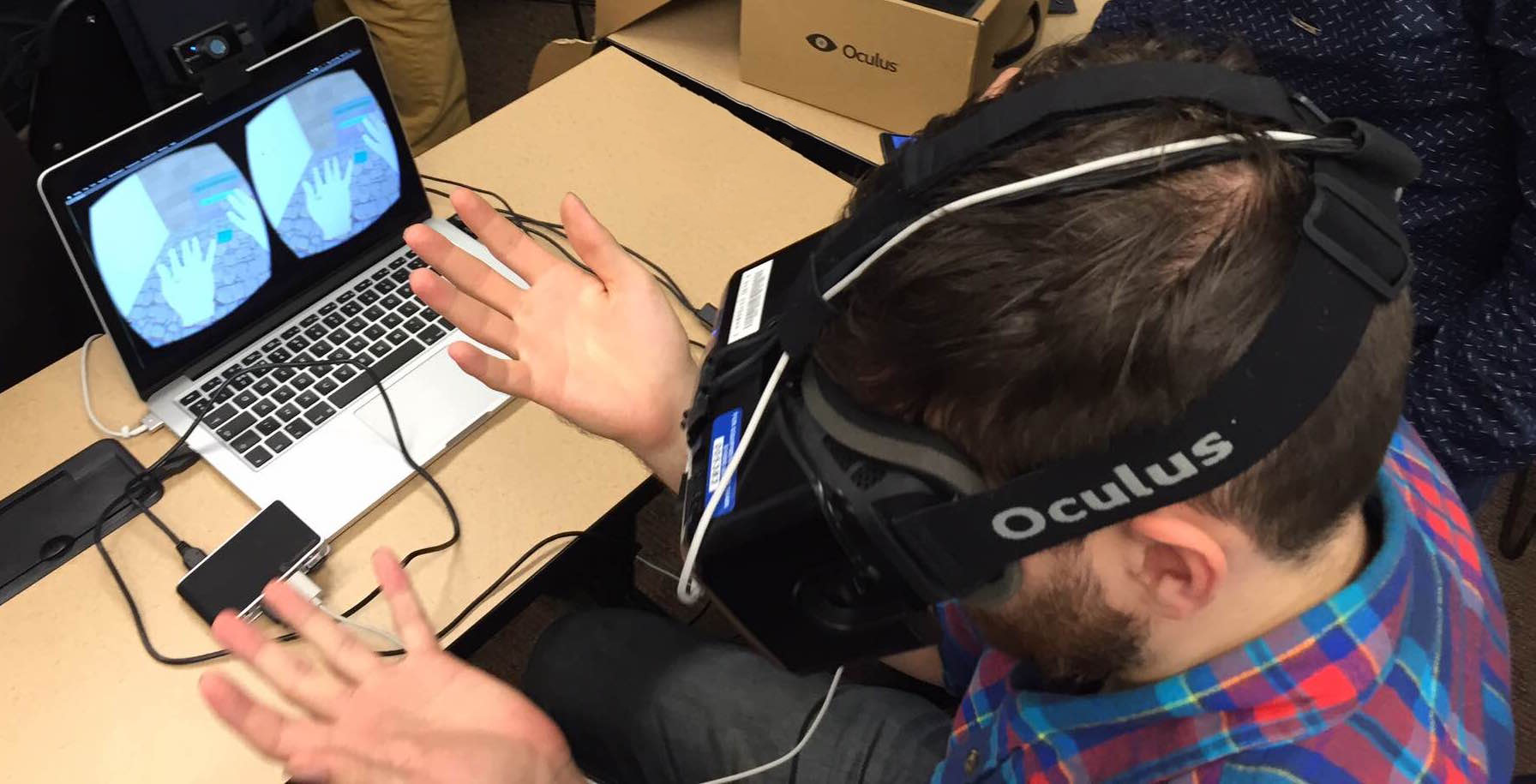 Key Takeaways
I realized that real world affordances of 3D buttons and spheres that act like pendulums were easy to use for users. It leads me to conclude that real world affordances will be very useful at least for the early stages of spatial computing.
Designing this experience was a high learning curve for me. I had to learn Unity3D as there was no other way to mockup or prototype this VR experience. I realized that we need new VR based prototyping tools to design VR/AR interfaces, which led me to work on MockupVR.
↑Back to Top