Newseum is a museum in Washington DC focusing on preserving the key moments of world history through the perspective of modern journalism. It has an annual visitor count of around one million people. Newseum came to the Augmentarium lab at University of Maryland College Park and asked us to design and develop a prototype of a Virtual Reality experience accompanying their Berlin Wall exhibit.
Kickoff
We set about defining the scope of the project in close collaboration with the team at Newseum consisting of the CTO of Newseum, their archivists, a VR film director, and a Senior Unity Developer. I assumed the role of the UX designer and Unity prototyper on this project providing key technical knowledge in creating a room scale VR experience.
We used multiple 2D and 3D assets for creating the VR environment:
· Images and videos from the archives to create parts of the VR environment
· Using a volumetric recording of an actor to explain the history of the Berlin Wall within the VR environment. The recording was captured by a hologram capture company called 8i.
The CTO laid out the overall vision of what the experience of the museum visitor should be. The VR film director planned and sketched out the specifics of the narrative design and the 3D environment to evoke a feeling of desperation, fear and absolute control by the government. I worked closely with the VR film director for the next two weeks on a strict deadline to lay out four 3D environments. I worked on the interaction design in the VR environment using HTC Vive handheld controllers. We wanted to provide the user a way to navigate within the VR environment and between different 3D environments in an intuitive way. In one of the scenes, the user had to pick up objects and discover clues by listening to the radio. The ability to provide spatial sound at the position of the radio in the VR scene highlighted the utility of Virtual Reality to tell compelling stories.
Challenges
The VR experience had to be designed within the constraints of lasting for 10 minutes or less. This decision was made to keep the queue of people waiting to try out the experience to manageable levels.
The prototype of the VR experience had to be created within a strict deadline of two weeks to keep the costs to a minimum. The prototype was then used to pitch a VR exhibit to the executives at Newseum to obtain more funding.
The target audience for this VR experience were people who would experience VR for the first time.
Prototype (3D, Interaction Design)
I created the prototype in Unity using C# for coding interactive parts of the scene. To fulfill the strict deadline of two weeks, I kept 3D modeling time to a minimum. I chose to instead use 3rd party 3D assets and relied on white-boxing 3D elements. Key parts of the design of the VR experience included:
· Including direct manipulation interaction paradigms using the HTC Vive handheld controllers
· Specific visual cues such as low lighting in the scene to evoke a feeling of oppression
· The scenes were also designed to evoke a feeling of fear and desperation using elements such as fog, night time and dark alleys.
The VR experience included a lot of high poly buildings to build out parts of the city of Berlin. This greatly reduced the frame rate of the VR experience to unacceptable levels. I used 3DS Max to reduce the number of triangles in each of the building and also deleted parts of the building that would not be visible to the user. This resulted in the VR experience running at the recommended frame rate of 90 frames per second.
A large portion of the museum visitors will be experiencing Virtual Reality for the first time through this experience at Newseum. They will not have any familiarity with handheld controllers and we did not have the time to include a tutorial as it would increase the total time of the VR experience. We discovered this early on in our design process and chose not to include complex locomotion techniques such as raycast teleportation. Instead, we relied on designing our environment in such a way that all the interactive elements could be reached by walking in the real world. Navigation between different scenes was done by pressing the trigger on the hand controllers.

Conclusion
At the end of the 2-week deadline, I presented the working prototype to the executives at Newseum. They were very excited about the VR experience and further used the prototype to get additional funding. This funding was used to hire professional 3D artists and Unity developers to improve the visual fidelity of the VR experience leading to its final release at Newseum. The VR experience was met with highly positive reviews leading to an increase in awareness about the Newseum in Washington DC. The VR experience was positively featured in several media outlets and its success has inspired the Newseum to work on additional VR experiences to accompany several other exhibits slated for release in early 2017.
Exhibit Opening 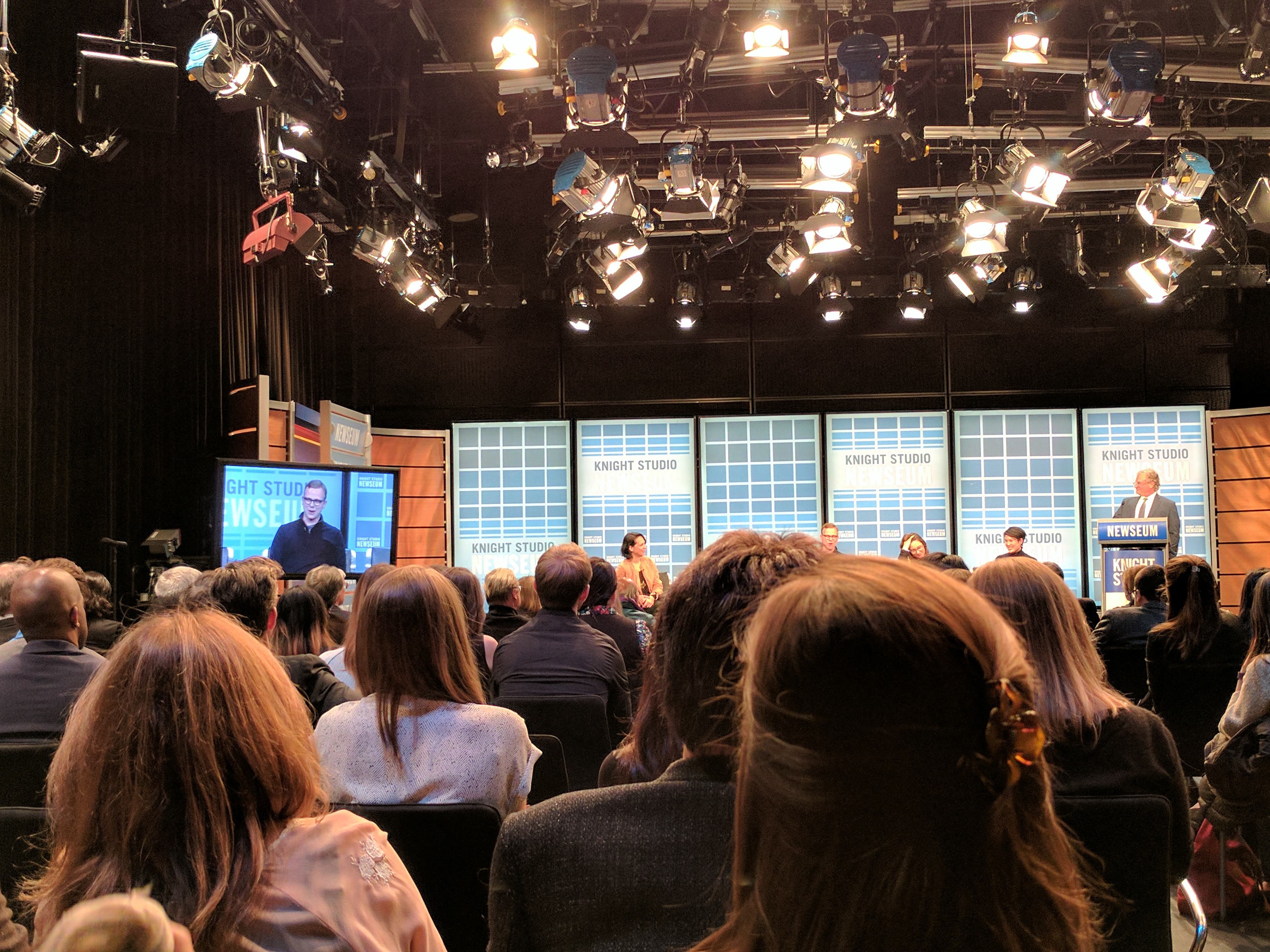 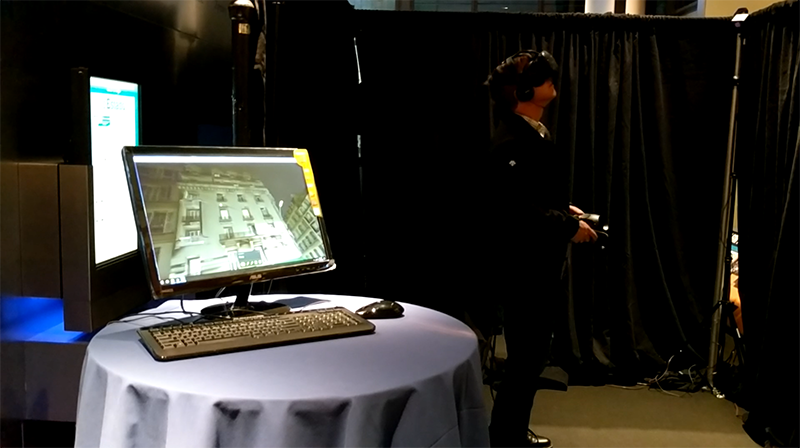 Featured in Press
The Washington Post 2016 - How virtual reality is about to take you to Pearl Harbor and the Berlin Wall
Big Ten Network 2017 - How Maryland computer scientists are bringing the past to life: BTN LiveBIG
Terp 2017 - UMD Student Creates VR Prototype of Cold War-Era Berlin for Newseum
The Diamondback 2017 - Newseum guests can walk through streets of Berlin during Cold War with UMD team’s help
↑Back to Top